The completely redesigned 2014 Kia Soul made its European debut today at the Frankfurt Auto Show. Sporting a fresh new look inspired by the 2012 Kia Track’ster concept, the Soul also rides on a new platform and promises improved driving dynamics.

Front and rear LEDs, xenon headlights, and a panoramic sunroof highlight the exterior of the 2014 Kia Soul. The interior will prove quieter and roomier than the current one, including in the cargo area (now amounting to 354 litres).

Pricing and on-sale dates have yet to be announced. 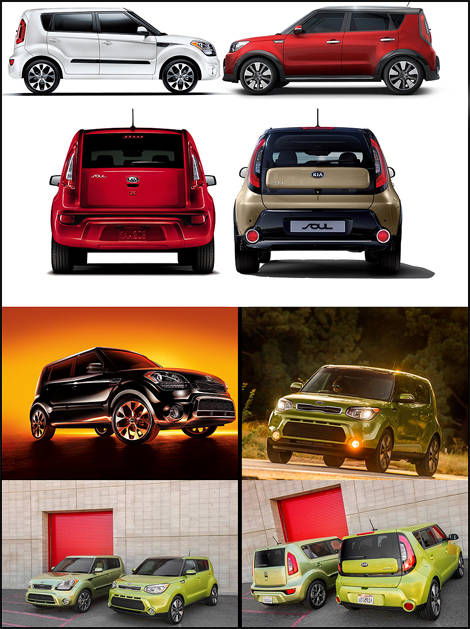